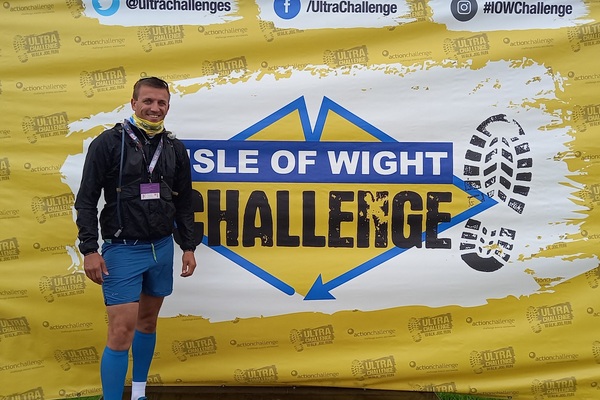 Ed completes an epic 107km in just over 14 hours for SSNAP!

Our incredible fundraiser Ed has completed an awe-inspiring 107km at the Isle of Wight Challenge in aid of SSNAP, smashing his original fundraising target by more than double!

"The first 4 months of the boys lives were spent in hospital on Intensive Care wards being cared for by the best doctors and nurses in the country. Without SSNAP supporting my sister and her husband, providing onsite accommodation, emotional support and funding life-saving equipment and research none of this would have been possible. I decided I wanted to help other families supported by SSNAP, by taking part in the furthest, toughest and most challenging run I have ever completed!

"I started in light rain just before 8am looking forward to the challenge ahead. Just before we set off they said that the course was actually an extra kilometer so I would be taking on 107Km now. The first quarter went well and met up with my family including the two boys feeling good. By now the rain had stopped and the sun was fighting through. I set off again and pushed on through with the sun now beating down. Arriving at the half way point just under 8hrs I was feeling surprisingly good.

With half of the challenge completed I set off in good spirit looking forward to the second half. This was by far the hardest part but with the boys in my mind I pushed through and got to the final quarter check point just after 8pm with the sun setting. With the knowledge of a final 30K to go I set off and got through it crossing the line just before 2am on Sunday!

The challenge was amazing and as it is titled a challenge! I initially had a target of £600 and I am very pleased to say that I have now got to total of £1300! "

To read more about Ed's challenge or to donate, visit: