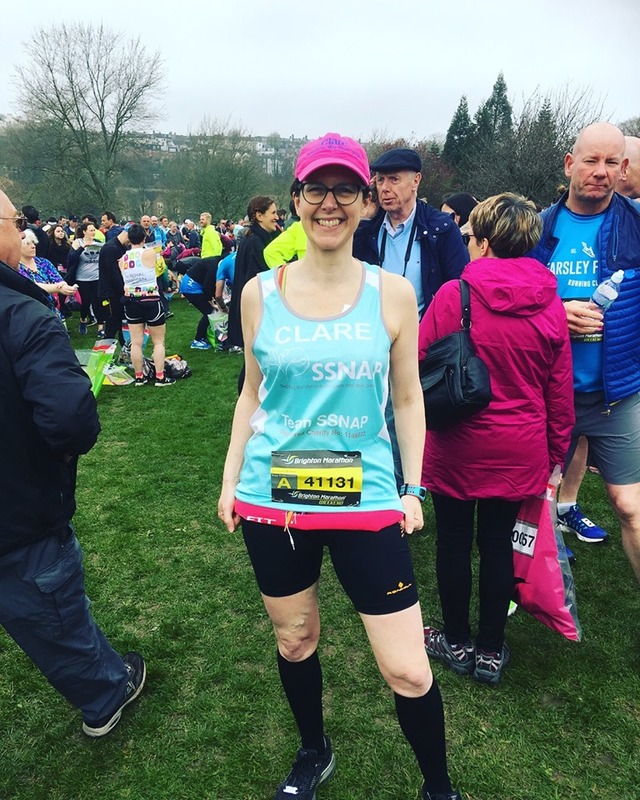 Fundraising Friday! Each week we'll be featuring stories from our supporters. This week, meet Clare!
Skip to main content

"Hi, I'm Clare. I am a mum of 2 and both my children were born at the John Radcliffe. I had seen the SSNAP office and various items for sale on my many trips to the hospital but it wasn't until 2015 that I became aware of the amazing work that is being done to care for sick and dying newborns at the hospital. That year two of my closest friends fell pregnant. Claire was pregnant with identical twins and Sarah was pregnant with a boy. They were due within weeks of each other and I was very excited.

It became clear early on in Claire's pregnancy that it wasn't going to be an easy ride. The babies were small, and one was smaller than the other. The consultants were very concerned that she might lose both babies so they were born by Caesarean at 33 weeks, Rhys weighed 3lb 8oz and Dylan weighed 2lb 7oz. I spent time with Claire and the twins in the special care baby unit and could see first-hand how important the equipment and care they received was. They spent 6 weeks in the Unit and Claire pretty much lived there during that time. The babies were so tiny and she needed help to feed and care for them. They were in incubators and relied on ventilators to help them breathe and were tube fed for the first few weeks. It was a miracle, and those boys are now bouncing 3 year olds with hilarious personalities who keep their mum well and truly on her toes.

At the time it felt like Claire and her boys were the ones I had to worry about. Sarah's pregnancy was unremarkable, everything was going along quite happily. I remember going to her baby shower after running the Oxford Half Marathon and enjoying the prospect of soon having another baby boy to cuddle. Just over a week later, he was gone. She had experienced a condition called Vasa Praevia, an obstetric condition that often results in the death of an otherwise healthy baby.

Tate was cared for in the intensive care unit and died when he was five days old. Just writing this brings tears to my eyes. I witnessed the utter shock and devastation of Tate’s parents who had to go through the most unimaginable pain and grief. The facilities at the John Radcliffe, the expertise and the care of the doctors and nurses emotionally and medically supported Tate and his family through those terrible few days.

The work that SSNAP does is so vital and so important and you just never know when you or a family member or friend will need to access the facilities.

So in memory of beautiful baby Tate I decided to run the Brighton Marathon in 2018. I am a regular runner but had never attempted a marathon. I thought that nothing can be as painful as losing a child so that motivation kept me going. I raised money for SSNAP through sponsorship and also held a Barn Dance at my local running club which raised over £600. I am on Instagram (@clares_running) and set up a Facebook page for my marathon training. I used both platforms to promote the fundraising and was delighted to receive donations from total strangers who were moved by Sarah's story and Claire's experience. I ran the marathon on the first birthday of Sarah's second son, Chester, and just thinking about them kept me going. I am very proud of what I achieved and felt that I did something important in Tate's memory and helped to raise awareness around baby loss."