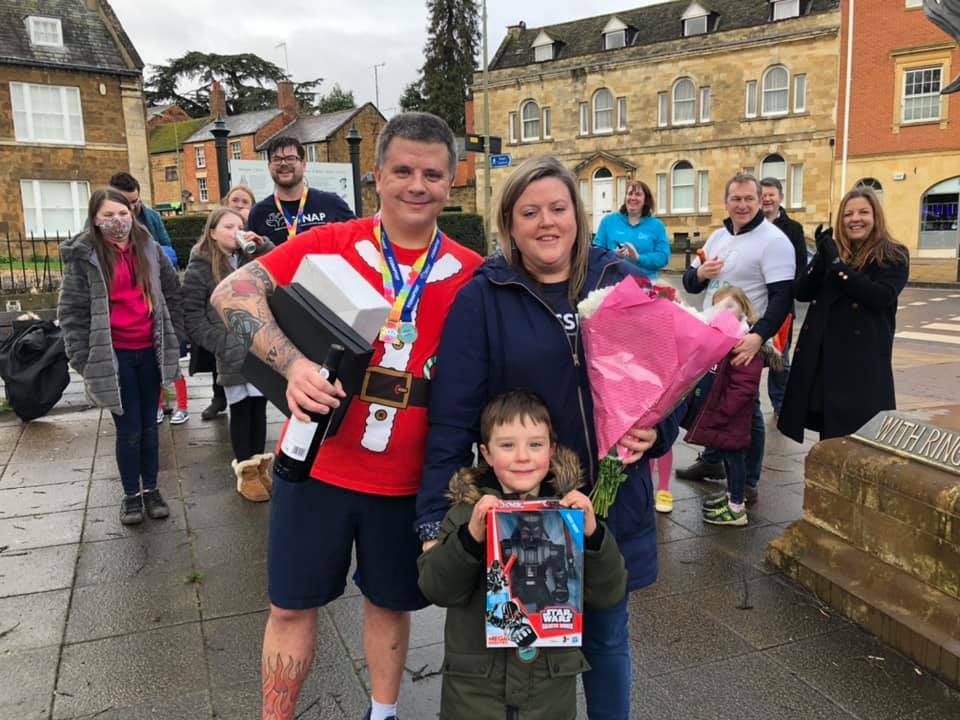 Froude Family hit the 100k (!) mark for SSNAP in memory of their son Finnley

Luke Froude and his wife, Gemma, have raised money in memory of their son, Finnley Froude, every year for the last decade. In December, the family hit the incredible £100,000 mark for SSNAP in honour of Finnley’s 10th birthday year.

I am also now a Director on the board with SSNAP and love being involved with a charity so close to my heart. I strongly believe that SSNAP's fantastic support of the unit helped me bring my son Henry home. The charity and the staff in the unit do amazing things and also have to deal with some of the saddest and upsetting personal journeys imaginable. They are all truly amazing!”

Over the decade, Luke, Gemma and Henry have organised a multitude of amazing fundraising events in Finnley’s memory, including quiz nights, abseils, half marathons, curry nights, car boot sales and an annual event called ‘Finnley’s Day’ at Banbury Town Hall.

Last year, in their final fundraising year to hit the 100k mark, Luke decided with friends, to run a staggering 10 x 10k runs!

"In 2019, we had raised £89,901 in his memory. I wanted to mark his 10th year with something special, a challenge and something everyone could get involved in.”

His final 10k run through Banbury, greeted by many SSNAP supporters to congratulate him, saw the family hit the £100k mark to mark Finnley’s 10th birthday year.

Such an incredible amount which has made an overwhelming difference to the lives of many parents and their babies supported at the Neonatal unit within the JR. SSNAP cannot thank the Froude Family enough for all the monies they have raised and the many ways in which they still continue to support the charity. A massive heartfelt thank you from Team SSNAP. x

"29th January 2020 marked Finnley's 10th Birthday. A decade since our amazing little man entered the world. What a decade it has been.”